Finding a successor to Tom Brady was never going to be easy, and the Patriots kept people guessing who it would be. With many theories flying around, the New England Patriots have officially named their starting quarterback. 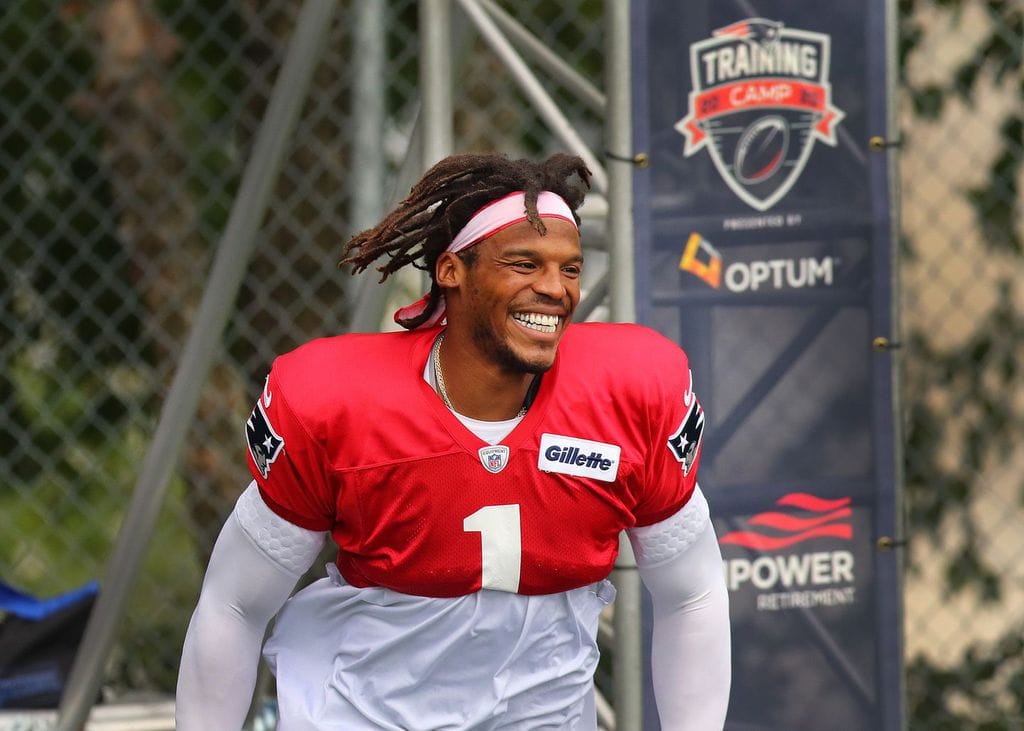 The Patriots offseason work meant they were heading into the 2020 NFL season with either Cam Newton or Jarrett Stidham as their starting QB. Although Stidham is inexperienced, coach Belichick has made no secret about his hopes for the young quarterback.

However, the Patriots signed Cam Newton during the offseason, and while many thought Stidham had a chance, the former Carolina Panthers star is the official starter. Not only has Newton been named the starting quarterback earlier than the eve of the new season, but he is also one of the captains for the Patriots.

Newton was signed to a low guaranteed salary of just $550,000, which many thought was a sign that he wasn’t going to play but instead be an influence in the locker room. The quarterback’s contract is understood to come with plenty of incentives, so we could see a stellar season from Newton if he’s looking to make serious cash.

Reports from the Patriots training camp suggested Newton was struggling to comprehend the new plays asked of him from Belichick. However, the coach has clearly seen enough to decide on Newton for the 2020 season. Perhaps Belichick’s decision was aided by the fact that Newton’s competition, Stidham, has been suffering from a hip injury.

It meant that more and more time was being given to Newton in training camp. Having a former MVP in the ranks certainly gives the Patriots hope in the short term for a smooth transition away from Brady.

Only time will tell whether Cam Newton’s move to the New England Patriots was good for either the franchise or the player.

The Most Overlooked Draft Prospect in 2019

When the NFL Draft rolls into town there are tons of hopeful football players all crossing their ...

Football Is Still Americans’ Favorite Sport But It Is Losing Ground

Baseball might have the nickname as America's Pastime, but a Gallup poll says that does not mean it ...

Will The US Win The Women’s World Cup Once Again?

Another Women’s World Cup is so close for the U.S. national team, but can they go one step further ...