This season, the Milwaukee Bucks will wear throwback uniforms. Which relic? Apparently, all the throwbacks, as the defending NBA champions recently unveiled their new vintage remix City Edition alternate outfit for the 2021-22 season. 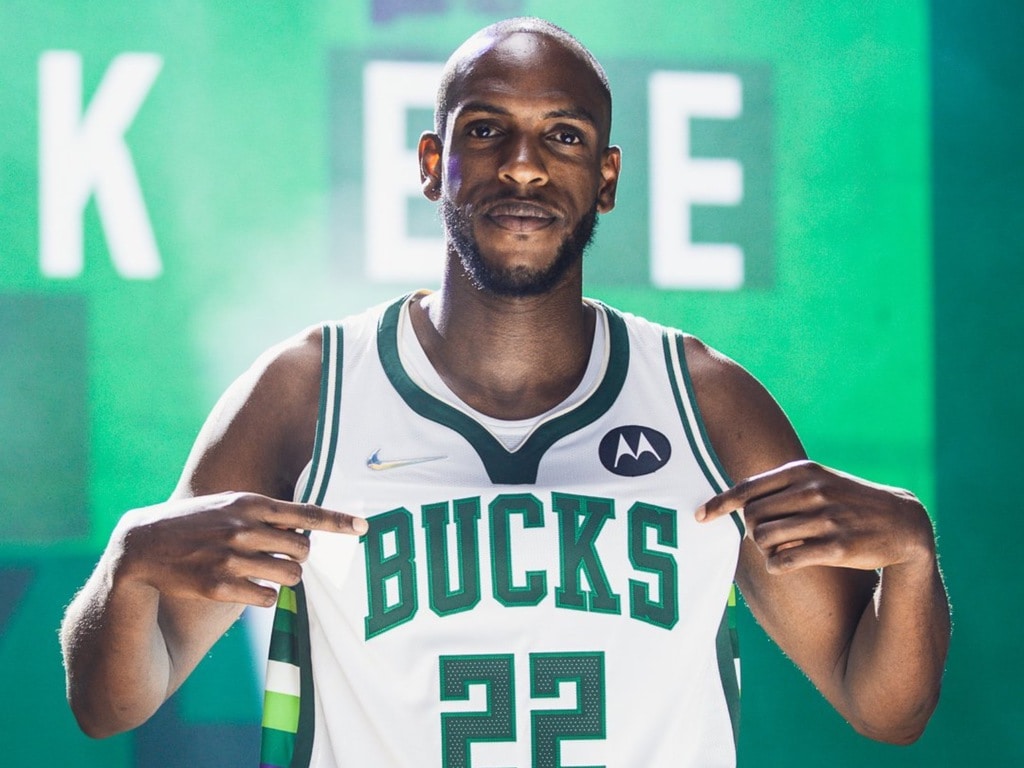 For those unfamiliar with on-court fashion, each team has four jerseys: an “Association” (a.k.a. home), an “Icon” (a.k.a. road), a “Statement” alternate uniform (the Bucks’ Fear the Deer black look), and a “City Edition” alternate uniform, which is typically inspired by an aspect of the home city’s culture or history. In previous years, the Bucks City Edition outfits have included the wavy lake blue style from last year, the sleek Cream City look, and the divisive MECCA-inspired yellow… things.

This year, however, the entire league is implementing a throwback remix theme for the City Edition uniforms, incorporating pieces from vintage jerseys to create this season’s new alternate design. This is how the uniforms look:

The alternates show up a little plain compared to some of the team’s more flamboyant City Edition looks – but there’s a lot of thought and history packed into this uniform. 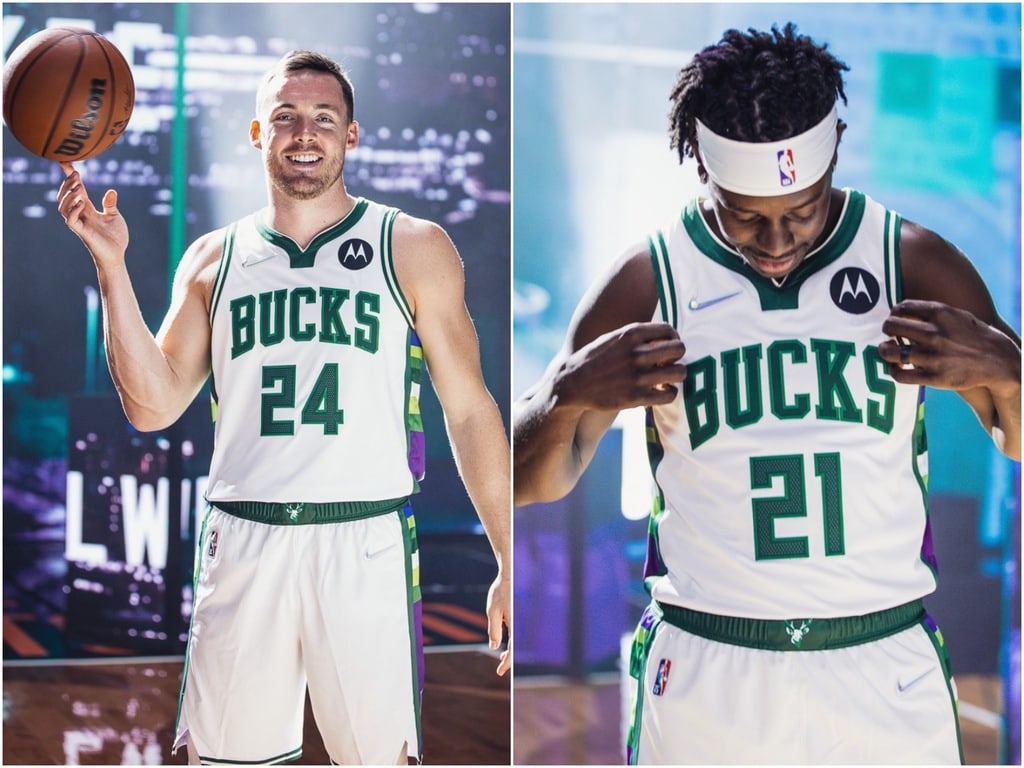 The numeric font is from the team’s current jersey set, but the front of the uniform features the team’s classic 1971 appearance. Talking about iconic, the rainbow side from those early years made its way into this new alternate uniform – albeit with a nod to Milwaukee’s ’90s/early 2000s with purple incorporated into the sides and a retro-meets-modern makeover of the ’90s antlers emblem. Even Christmas Milwaukee Bucks uniforms from the 2010s made an appearance on the throwback jersey, which features a neckline inspired by that era’s uniforms.

None of it makes sense when put together, but it all comes together perfectly in this fan’s eyes to create one wonderful Frankenstein flashback jersey. And it could always be worse — just look at Miami’s City Edition, which is fairly basic and more inspired by a ransom note than by the team’s history. 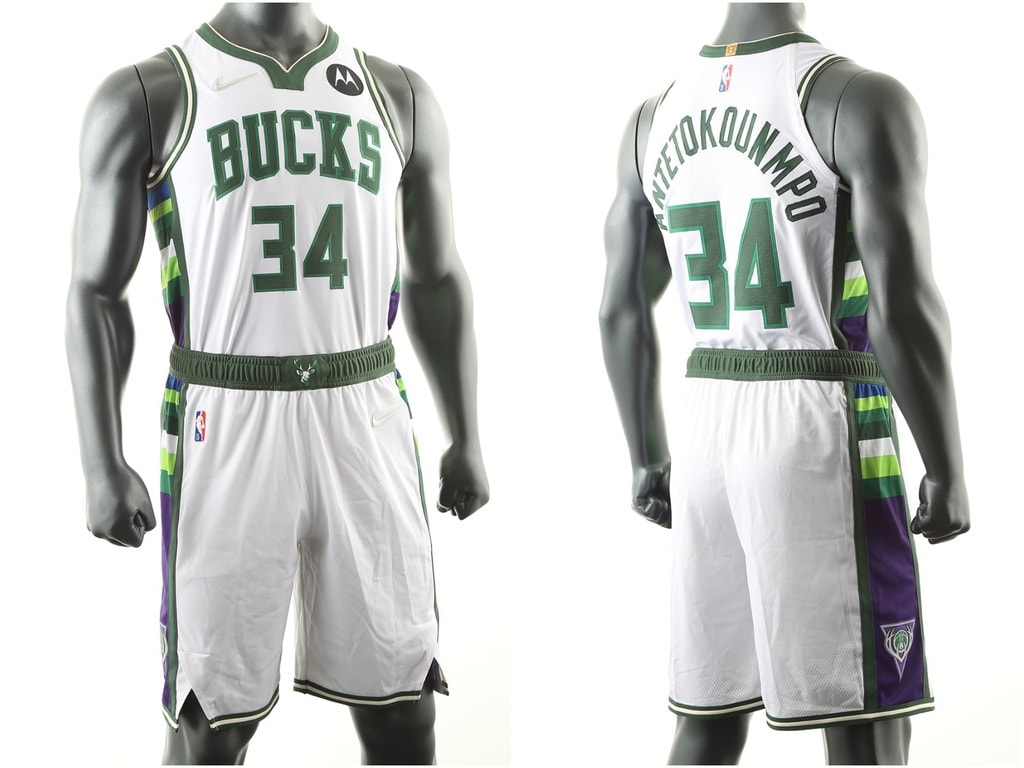 The New Milwaukee Bucks Uniforms Will Be Available on Nov. 17

Fans will have multiple opportunities to witness the new City Edition outfit in action this season, beginning on Wednesday, November 17 at home against the LA Lakers. To obtain your own, the new jerseys and City Edition merchandise will be available for purchase at the Milwaukee Bucks pro shop starting Monday, Nov. 15.

And if you’re not a fan of this uniform, keep in mind that winning makes everything better, so here’s to the Milwaukee Bucks making their new numbers look good for the remainder of the season.

Basketball is Back – What We Have Learned From the NBA Bubble

Basketball fans are finally getting to watch their favorite teams back on the court after months of ...

The second half had just begun when the referee Oshane Nation whistled a penalty kick for the U.S. ...

Luke McCaffrey Made His Final Decision About Where He’ll Play

College football is one of the highly-watched sports. Even if the players aren’t on a professional ...