NCAA President Mark Emmert has been a disastrous captain on a college athletics ship adrift in stormy seas. The sole noteworthy aspect of his 12-year term in the latter half is his ability to avoid an outright revolt (although this abrupt leaving announcement might have been the sign of one coming). The only thing worse than his presidential performance has been the NCAA Board of Governors’ tone-deaf decision to prolong his tenure last year, despite widespread contempt for him. 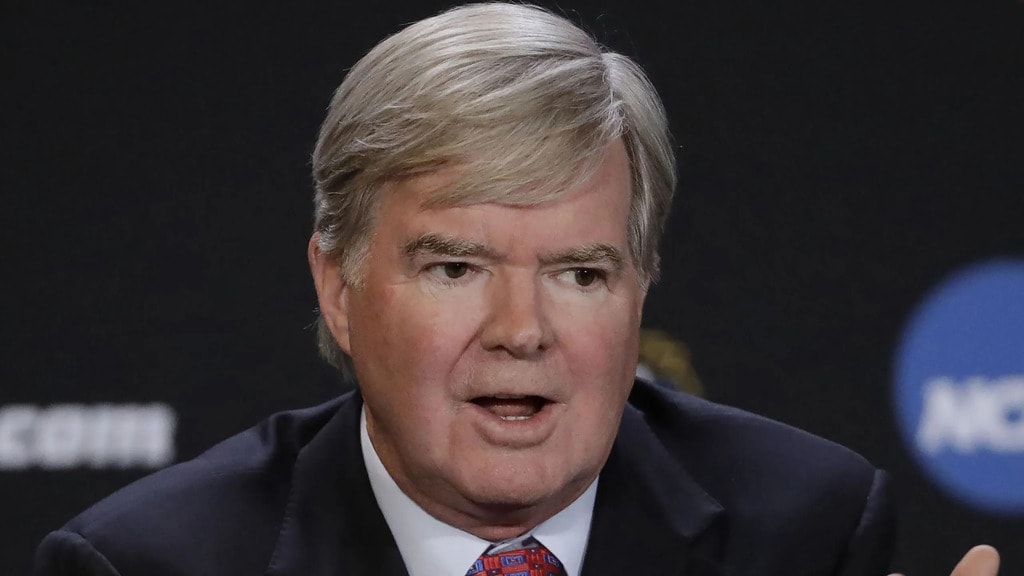 People have no idea who the current CEO of any company is. The NCAA’s outmoded policies inevitably resulted in a public backlash regardless of who was president, but boy, did Mark Emmert play the useless figurehead role like it was a Hollywood script.

Mark Emmert will remain in his position until June 2023, unless a successor is appointed sooner. Regardless, he’s nearly finished as the NCAA’s public face and will likely return to doing what he has done for the majority of his NCAA tenure — maintaining a low profile, owing to his lackluster performance in the spotlight. It would be fitting if his final official appearance occurred at the Final Four in New Orleans on April 6, when circumstances conspired to make him appear even more stupid than usual. 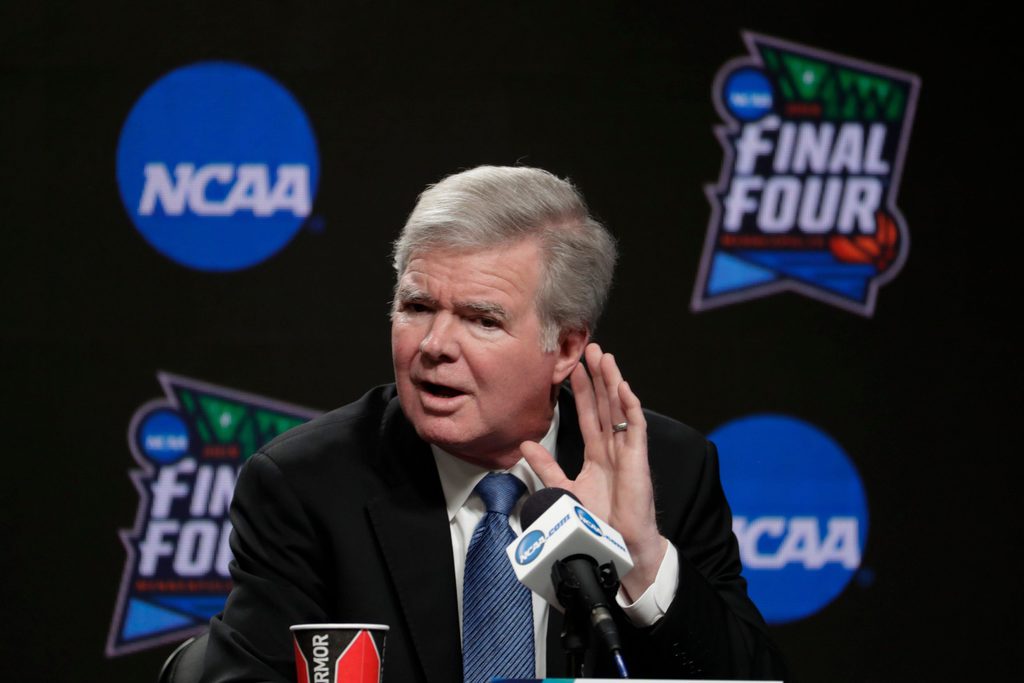 This was Emmert’s Final Folly, declaring that the national championship trophy for men’s basketball will be delivered to “the Kansas City Jayhawks.” That was an unpleasant gaffe, but the presence of the University of Kansas Jayhawks in the NCAA tournament supplied the greater backdrop humiliation. This Kansas title exemplified the NCAA’s inability to enforce its regulations. The Jayhawks won it all while facing allegations of serious infractions stemming from a 2017 federal investigation into college basketball corruption—allegations that appear likely to result in a one or two-year playoff ban, whenever the NCAA gets around to concluding the case.

That infraction case was brought about not by NCAA Enforcement’s detective work, but by the FBI. Since then, it had been meandering through an interminably slow process, slowed by federal trials, but exacerbated by the NCAA’s own choice to outsource complex cases to a new hearing panel and investigators. This outsourcing, in turn, was recommended by a Mark Emmert-appointed council tasked with resolving a slew of issues plaguing college basketball.

The panel was well-intentioned but fatally flawed in the classic NCAA fashion — it was comprised of establishment figures and policy wonks who had little understanding of how youth basketball is run. As a result, they constructed an “off-ramp” that became the Independent Accountability Review Process, which received a rubber stamp from the NCAA membership and then evolved into the single most heinous part of Mark Emmert’s execrable tenure. 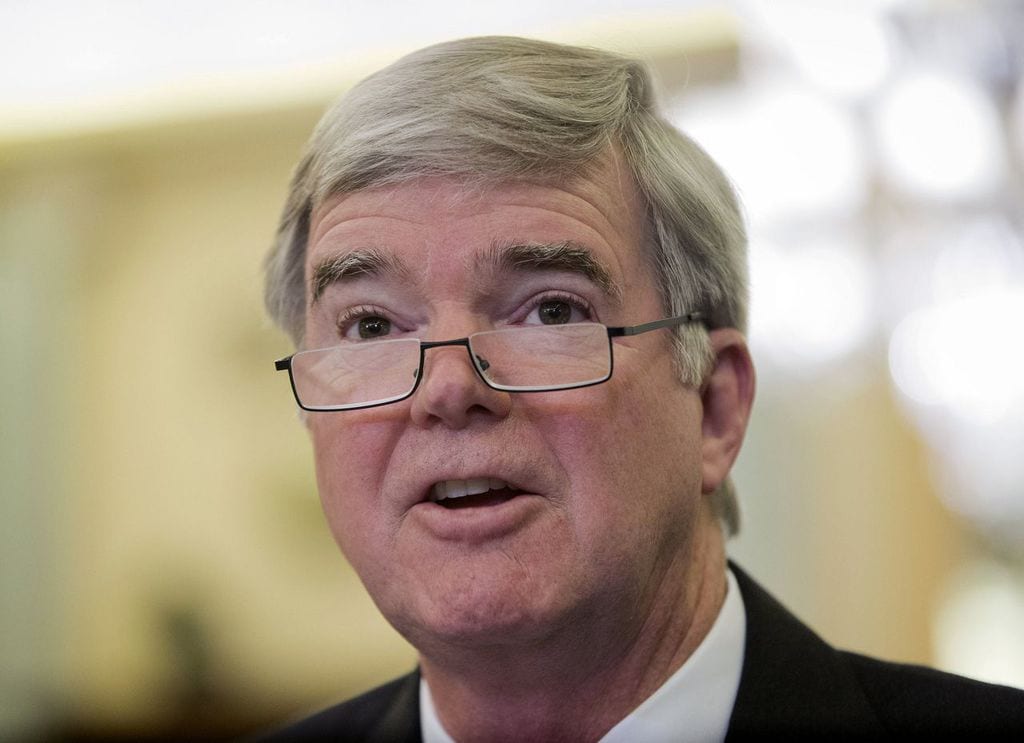 The IARP has squandered money and time and, so far done little while tasked with adjudicating the NCAA’s largest flood of important cases in history. It was an out-of-the-box experiment at a time when, in the words of one long-serving college administrator, “this was not the moment for experimentation.”

Thus, Kansas wins it all, despite having essentially given the NCAA the middle finger for the previous four and a half years. While this is undoubtedly a reflection of Kansas’ institutional decision to be completely dismissive of its guilt, it also reflects the widespread contempt that many institutions have for the NCAA as a whole.

At the very least, the Usual Suspects’ most suspect member is on his way out. We bid farewell to Mark Emmert. And best of luck to the next person who takes on the grueling task.

Top Free Agents In The NFL Going Into The Off-Season

The free agents starting off a new NFL season are giving us all a weird feeling. The crop is ...

Throughout the last several years of international sports heyday, Russia has stayed in the ...